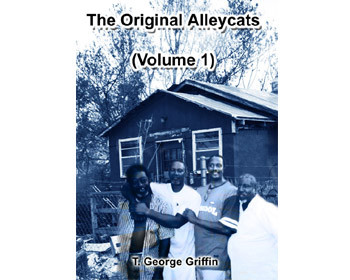 In 1949, 1951, 1952 and 1954, the original Alleycats lived in Panama City, FL with their grandmother (Madear)--5ft'4 with demeanor as tall as a pine tree. She worked hard to raise 4 grandsons. Ages Newborn to 5. Madear took a trip to Alabama. She brought back my aunt and 4 kids, including 2 more boys. Together they became known as the “Alleycats.” Other boys in the neighborhood wanted to be part the group. They became known as the “Alley boys.” The difference between the Alleycats and the Alley boys: the Alleycats lived in the alley. The Alleyboys lived in surrounding neighborhoods, but all were from “Millville.” The group grew into about 15 boys--Bear, Tootsie, Lollyboy, Cup, Shut-your-mouth, Bo-peep, Slim, Nick, Terry, Punchee and Ashley, etc. You had to fight one of the boys who was already a member to become a member. The choice of who to fight was up to person wanting to join. We never caused any problems, but we never let anyone push us around either. We had lots of fun after school.